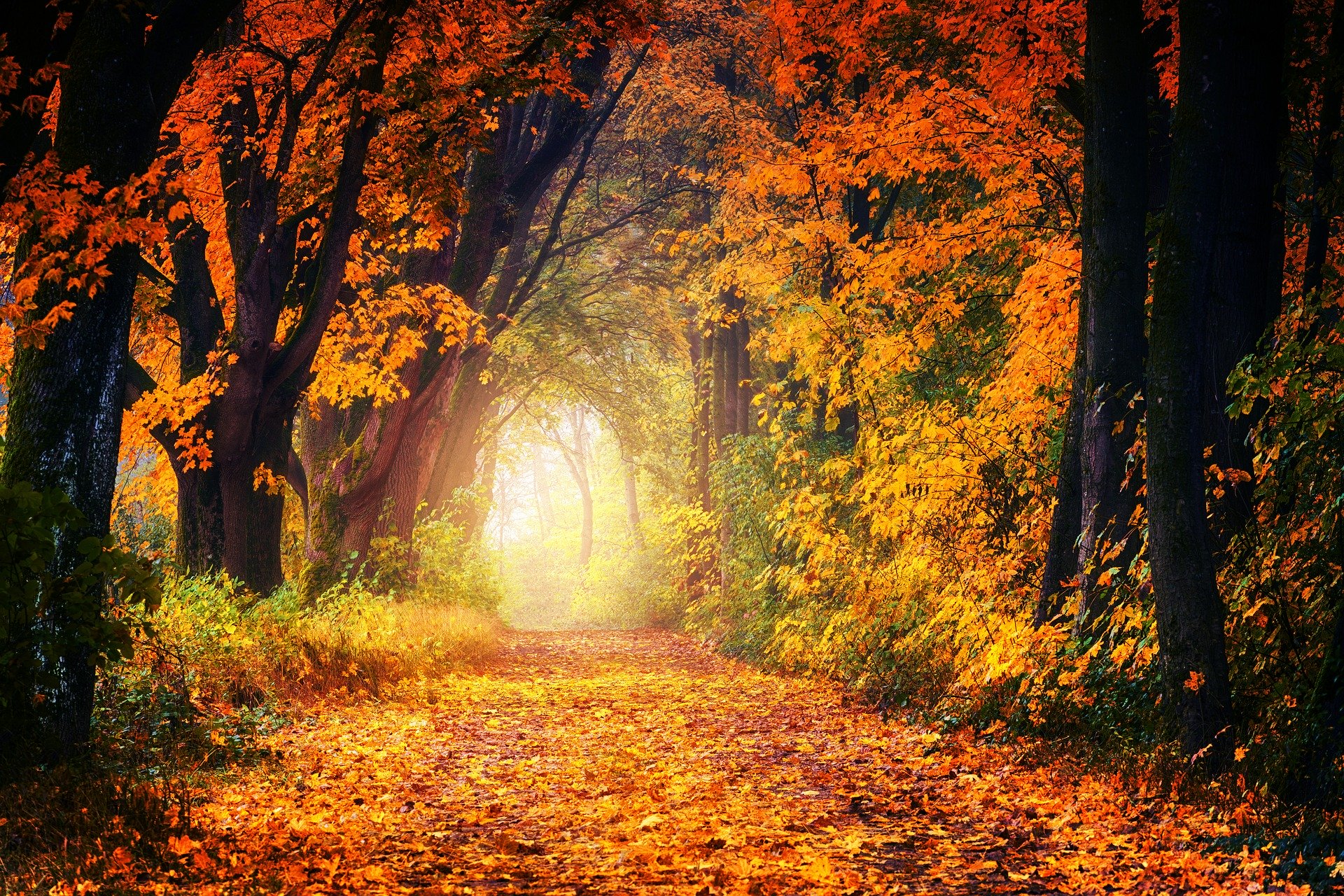 Autumn can be a time of longing when we remember the warmth and light of summer as we move into darkness.

As we finished our class tonight it was already dark outside, and in the room there was a chill in the air. We’ve done nearly six months of yoga online together. When we began, the Thursday class would end in darkness, and we’ve moved through the long summer nights of endless daylight to find ourselves here again, blackness outside the windows as our practice closes.

Autumn is a season with a sense of sadness in it. The knowledge that we are moving out of the light and into the darkness, out of the warmth and towards the cold. The coats come out and the curtains are drawn earlier and earlier.

It’s been an odd year. One with challenges none of us expected. One in which I have felt the turning of the seasons more than ever before with daily walks in the park watching the gorse turn yellow and fade to green as the heather bloomed purple and white.

This poem by Rilke sums up how I feel on these evenings when I notice the nights drawing in, the warmth leaving the air. There’s a sense of sadness as the social summer fades into a longing for what was. And within that longing, there’s a need to trust that all is as it should be. That there is something exquisitely beautiful in the changing of the seasons.

This poem is in the public domain. From Poems (Tobias A. Wright, 1918), translated by Jessie Lamont.